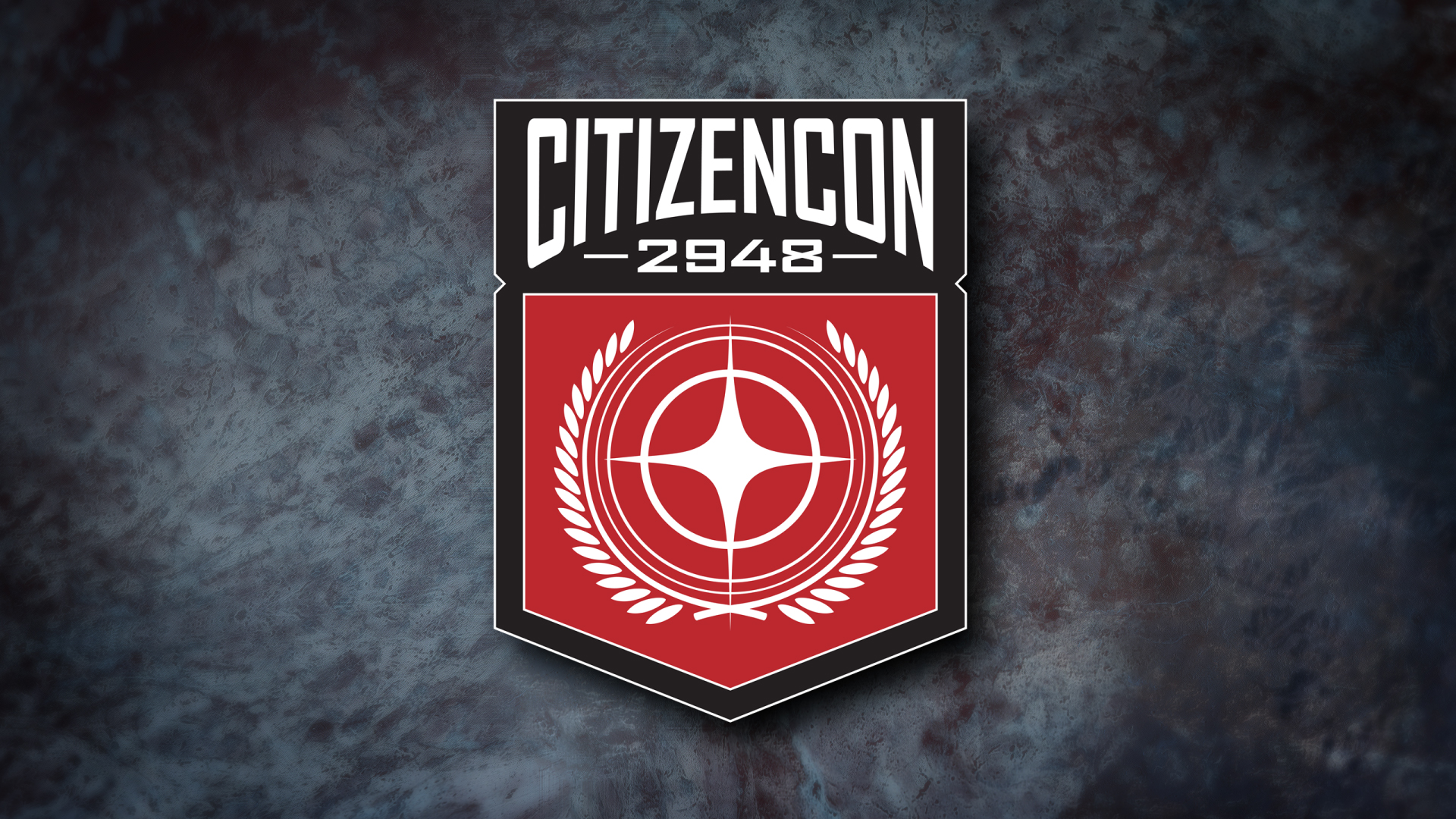 “Today is meant to remind everyone that the future of the UEE is what we make it. If we want a better universe for not only ourselves, but for the generations to come, then we must create one.”
• Imperator Erin Toi, CitizenCon 2793

For over a century and a half, CitizenCon has celebrated those that strive to make the UEE a better place. This annual conference spotlights the civic-minded, celebrates their achievements, and focuses on how to make the UEE better by highlighting and discussing the vital topics of the day. In short, CitizenCon embodies the hopes and dreams of those working to improve the universe for all.

CitizenCon typically occurs every October 10th SET and is the marquee event celebrating the Empire-wide holiday, Citizen Day. While people across the UEE observe the holiday in various ways, only one city gets to host CitizenCon itself. The event rotates locations each year, and hosting it is considered both an honor and a significant undertaking, much like achieving citizenship.

2948 brings CitizenCon back to New Austin. Over the decades, Terra has hosted the event numerous times. Only Earth has hosted it more, going back to the first ever CitizenCon in 2793 at a time when the Empire was still grappling with rebuilding itself after the fall of the Messers. Imperator Toi pushed the event as a way to provide hope and optimism that the UEE so desperately needed at that time.

The UEE celebrated Citizen Day for centuries before holding the first CitizenCon. When the governments of Earth first introduced the modern concept of Citizenship in the 22nd century, Citizen Day followed soon after as a way to celebrate civic responsibility. It would also become the day on which new citizens were sworn in. For hundreds of years, it was seen mostly as a bank holiday in which people would get a day off work and children would be reminded of the importance of achieving citizenship.

However, this would change under the Messer regime. While Galor Messer IX is generally credited with creating the modern elaborate version of the holiday in 2734, records released under the Historical Truth Act revealed that it was actually proposed by high-level military advisors. At the time, a surge in Vanduul raids in the Tiber system had the military concerned. Their troops were suffering losses, resources were stretched thin, and they worried that redeploying forces from the Perry Line to Tiber would be perceived as weakness by the Xi’an. The military needed more pilots, starmen, and soldiers to properly address the issue, but their recruitment numbers had been dropping for decades. Thus, they proposed that Messer IX inspire the masses into service by refocusing Citizen Day as a holiday that “celebrates citizens and the sacrifices they make in creating a better UEE.”

Galor Messer IX wholeheartedly endorsed the idea and planned lavish celebrations across the UEE on 2734-10-10. Messer IX wished to rally support for massive tax hikes to pay for his biggest obsession, constructing and remodeling government buildings in the Meta-Baroque style. Meanwhile, the military used the holiday to stir up xenophobic fears and launch a successful new recruitment effort. On the surface, this Citizen Day celebration achieved its goals, though it also made an impact in ways that Messer IX or the military never intended.

While many people came to greatly enjoy the yearly celebration, for years, Citizen Day festivities were forced upon the inhabitants of Terra and other systems opposed to Messer’s fascist and militaristic regime. A move meant to remind them of who truly ruled the UEE. Yet, celebrations in those locations took a very different tone. With massive protests against the Messer regime effectively illegal, activists turned Citizen Day into a chance to gather and subvertly celebrate the true power in the UEE – the citizens. Speeches given at events in Terra reinforced the idea that it was the sacrifices of citizens that made the UEE great. They strongly implied, but never outright stated, that the Messer regime would only remain in power as long as the citizens allowed. An Advocacy investigation from 2741, which was released as part of the Historical Truth Act, found that following Citizen Day there was a ‘substantial increase in membership of subversive groups.’ The civic holiday proved itself equally good at stirring loyalties, no matter which side of the political spectrum they lay. The fact that Citizen Day actually helped empower citizens to create a better future makes it a rare remnant of the Messer regime that persists in a positive way to this day.

A Celebration of Citizens

When the Messer regime fell in 2792, Erin Toi, the UEE’s first freely elected Imperator, understood the importance Citizen Day had in the early days of Humanity’s expansion. Facing a seemingly impossible task of restoring faith in the UEE government, Imperator Toi hoped Citizen Day could now be used to rally people to a new cause, the rebuilding of a wounded Empire. To lay out her case for the potential future of the UEE, Imperator Toi held the first ever Citizen Day Conference in New York on 2793-10-10. The symbolism of having it on Earth, the former center of the Messer regime’s power, was not lost on anyone. Imperator Toi used the occasion to give a rousing, inspirational speech about how the future of the UEE was now truly in the hands of its citizens.

Most people deemed the inaugural CitizenCon, as it would come to be known, a success. Some critics called it nothing more than a bloated campaign rally in the spirit of the former regime’s antics, and pointed out that the proceedings lacked specifics on how to improve the Empire. Imperator Toi took the critiques to heart and adjusted the format for the following year. Prime hosted CitizenCon in 2794, which officially focused on ‘Solutions for the Future.’ A not-so-subtle acknowledgement that Terra was the center of anti-Messer activism and the progressive politics that lead to their ousting. The second event featured a variety of booths and speeches tailored to a specific theme. The format set the standard for CitizenCon, though as history has shown, the organizers are not afraid to make further adjustments if necessary.

CitizenCon has produced many memorable moments, from last year’s unveiling of the revolutionary Consolidated Outland Pioneer to the often mocked ‘talent competitions’ of the early 2850s. For over a century and a half, CitizenCon has both informed, entertained, and inspired. Many of today’s current political, cultural, and economic leaders can point to a past CitizenCon as a source of inspiration. It is on this day that all the people of the Empire are reminded just how important Citizenship is, and hold it up as an ideal to be strived for and earned, no matter how humble the origins or difficult the journey.

In 2948, Citizen Day is set to be observed with great enthusiasm across the Empire, with a record crowd expected to attend the CitizenCon celebration in New Austin, with even more people joining to watch Drake Interplanetary’s keynote address on Spectrum. It reflects that the true heart and soul of the Empire is its citizens, who deserve to be celebrated for making the UEE what it is today. As Imperator Toi famously said during her opening speech at CitizenCon 2793, “The UEE is a dream that’s only possible with the support of the people. It’s a reflection of the universe they want and will fight to maintain. As long as the citizens stay strong, so will the UEE.”

If the sustained success of CitizenCon is any indication, the UEE is in good hands going forward.