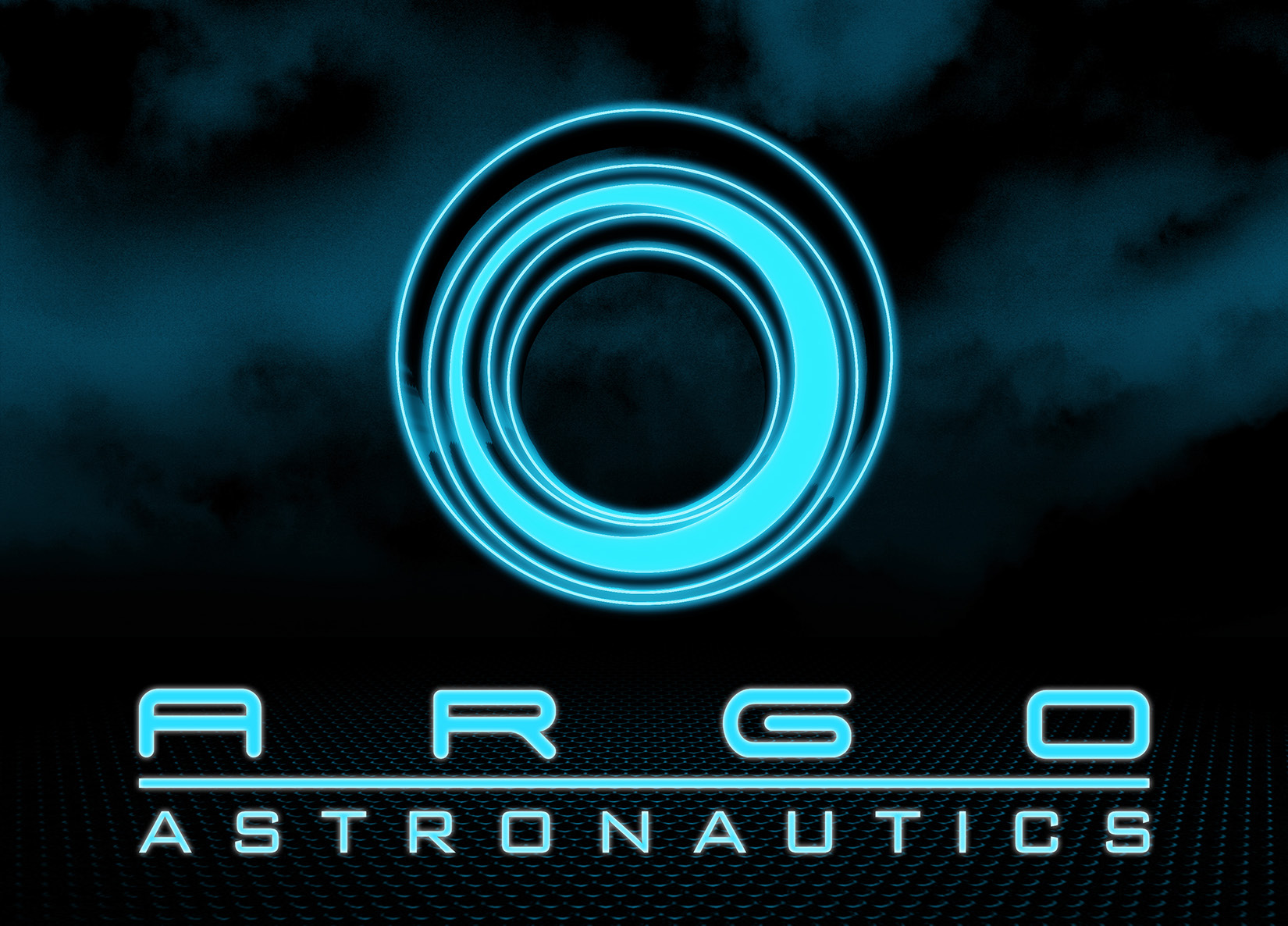 While it may not be a well known company among the general population, since their products are traditionally manufactured for industrial purposes, it is almost a guarantee that Argo Astronautics’ hard work and effort has impacted your life. From the fresh shipment of beans in your morning coffee to the connector ferry you take to the office, Argo has become an institution in its seven centuries of existence, thanks to its varied line of rolling stock, shuttles and utility vehicles. Yet as widespread as the company is now, it all started with a single train.

In 2243, after close to one hundred years of moving people and cargo across the expanses of North and South America, the aging and complex Trans-America maglev rail line was in desperate need of an overhaul. Spanning from Barrow, USA, to Punta Arenas, Chile, it was the third longest stretch of continuous mono-track on planet Earth and transported tons of freightage daily. However, with sub-orbital transfers gaining a larger share of the overall cargo shuttling market, and the train crossing through so many different territorial governments, few companies wanted to take on the herculean task of upgrading the complex line.

While various governmental bodies tried to gain traction for investment into the infrastructure, the plans never gained the critical mass needed to achieve funding. All eyes had turned to the new growing community on Mars, Meanwhile, the new, faster quantum drives from RSI drove more interest, and with it money, toward establishing our place in the solar system, and focusing further and further away from Earth. As delays and breakdowns on the rail line became more and more frequent, it seemed like its fate was sealed. However, a young train engineer thought she had the solution.

A Step in the Right Direction

Alana Redmond had grown up on the Trans-Am line, spending much of her youth accompanying her mother, who worked as a shift manager aboard the train. Moving from town to town, Alana was fascinated by the way the rails served to bring the world together. How, even as data and information could be beamed around the globe almost instantaneously, it still took people like her mom working tirelessly to physically move goods from one continent to another. It was a fact she would happily discuss with anyone who asked what it was like to ride the rails, so it was little surprise to her family that after finishing her studies, Alana began working at Trans-Am as an assistant engineer.

It wasn’t uncommon for the crew to have to halt the train to make emergency spot repairs of the aging mono-track when their sensors detected vibrational anomalies from coils warping out of alignment. Difficult and requiring exact precision, the patching process would set the whole schedule back as the prepping, bonding and aligning all took time. Plus, the older the track got, the more patching they were required to do, which compounded the delays. This meant that a single patch could lead to a huge monetary loss for the run, but to continue on without repairing the line was risking a complete break and even bigger delays.

One day, while waiting for a levitation coil to set, Alana noticed a piece of scrap metal that had been twisted by the magnetic forces from where a train had inadvertently run over it. The curve of bent metal was about as good of a result as the repair equipment they were using on the composite patch. The wheels in her head began to turn and she theorized that she could use the forces being generated by the train to complete the patch instead of the current process, which was time and labor intensive. Inspired, she drew up her plans immediately, even though she knew she couldn’t test her idea on an active run. Instead, she reached out to a friend who worked in the stock yard and sorted out some time with one of the retired engines. With design specs and a test track, Alana cashed in all her saved up vacation time and spent two weeks fusing track bond.

When the time was up, she knew she was on to something, but had a choice to make. Nervous and excited, Alana quit her job and used all the money she and her mother had saved up to begin working on developing her new patching process full time. Six months later, in September 2243, a patent was filed by AR-Go Technologies for an automated mono-track repair system that could be mounted to a rail car. The company’s name was a play off Alana’s initials, an idea compliments of her mother. Not only could the system she developed replace the traditional patching method, but by equipping all the cars with the tech, the line could be rebuilt to almost like-new conditions while the trains continued to run, prolonging their operation indefinitely while also finally allowing for some of the newer generation superconducting trains to use the older mono-track as well. Demand for the repair system was enormous, with orders coming in from every major train ine. AR-Go Technologies became a massive success and single-handedly revitalized the rail industry almost overnight.

Over the next several decades, Alana and AR-Go Technologies continued to introduce new innovations — a faster cargo latch and lock method, new passenger management systems, and a vibratory recharger just to name a few. Eventually, with the acquisition of Todairo Manufacture and a name change to Argo Transportation, they would transition to producing full rolling stock themselves. The exacting standards and durability of the maglev cars they produced quickly made them an industry leader. This rapid success and expansion would eventually lead to Alana’s boldest (and last) project with the company she founded. A project that would take AR-Go in an entirely new direction — off-world.

Port Retanus, Mars had grown large enough that the city was seeking bids for a public transit system. Though Argo had never before built a complete transit system from the ground up, Alana’s impassioned presentation to the city’s governing board saw to it that they won the contract. Sadly, she would not live to see her vision for what she called a “radial networked transit hub” come to fruition, but the Port Renatus Rapid Transit System is still heralded to this day by city planners as one of the most elegant public transportation designs.

While Alana Redmond was no longer there to oversee operations, Argo’s success on Mars ensured that the company would be able to continue to move along without her. Other major contracts on several planets would soon follow, including the Prime Transit Metrorail on Terra and the Municipal Transit Line on Angeli. However, following Alana’s lead, the new leaders of company would soon take another major step forward as, for the first time, they would leave the rails behind.

Seeking to further improve their services and networks, Argo had a dedicated team of designers seeking problem spots that could be candidates for improvements. While analyzing delays with their cargo trains, they discovered that the biggest impact to schedule was often not with their rail systems, but with hold-ups incurred during the transfer process at various ports. Moving goods on and off the trains could take significant time and often be subject to a wide array of traffic problems. In order to streamline the process, Argo sought a way to control the transfers themselves.

The solution was found in the purchase of Telluman Shipworks, a struggling company that manufactured recreational shuttlecraft. Retrofitting Telluman’s facilities on Cassell, Argo’s engineering team created an orbital utility craft (OUC) that could move cargo storage containers directly from long haulers onto their train cars. Incorporating their lock and latch system into the craft’s frame, it streamlined the loading process significantly. It wasn’t long before the OUC found a wider audience than just Argo’s own transit systems.

As more and more pilots experienced the rugged ease with which the OUC operated, they soon started purchasing the crafts secondhand and outfitting them for their own purposes. Argo, seeing that the demand was there, ramped up production and in 2619 released the Argo Multi-Purpose Utility Vehicle, their first publicly available model. At the time of the craft’s initial launch, only a cargo module was available, but before long, people carriers, recovery pods, repair modules and more varieties were sold. If there was work to do, there was an Argo to do it.

The success of the MPUV led Argo to continue to expand their ship department till it overtook their ground transit division. A restructuring of internal priorities led to one more name change, and in 2665 the Argo Astronautics name that graces so many transportation mainstays emerged.

Today, Argo produces a wide range of utility crafts and transport vehicles — from shuttle crafts and low-atmosphere skippers to reentry pods — all working together to get the people and goods of the Empire where they need to go. Even the military has come to depend on the MPUV for their utility needs. And while Argo Astronautics’ scope has certainly expanded from the days of Alana, their dedication to ensuring things are done the best way possible still remains well and firmly intact.