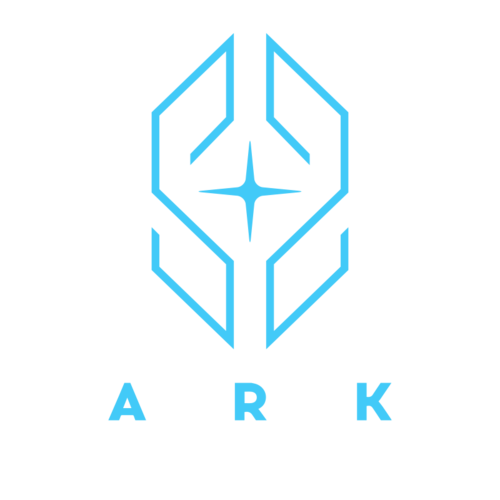 The dawn of the 29th century saw Humanity struggling to redefine itself. For over two hundred years, the dynastic and despotic Messer family ruled the UEE and its people with a callous authority. The pro-Messer propaganda machine crushed dissenting voices and opinions, keeping legitimate facts that might hurt the regime from coming to light.

This information dark age was brought to an end when the Messer regime finally fell in 2792. Erin Toi ascended to Imperator and immediately worked with the Senate to restore faith in the UEE government. The Tribunal system was quickly reinstated to provide a check on the Imperator’s power. The terrible terraforming policies that sparked the successful uprising against Messer were abandoned. And in 2795, the Fair Chance Act was officially adopted to protect the habitat of developing species. These and many other actions were slowly rebuilding a degree of trust between the UEE government and its people. However, mending relations between the UEE and starfaring alien species, who the Messers often vilified for political gain, would prove to be even more difficult.

In 2793, Imperator Toi met with a young, ambitious Senator named Marshall Leon and asked him to help repair Humanity’s interspecies relationships by accepting the position of Diplomatic Secretary. Imperator Toi believed a first-term Senator who never had to navigate Messer-infected political waters would be seen as an envoy of Humanity’s future, not its past.

Knowing the enormity and complexity of the task at hand, Secretary Leon immediately scheduled meetings with Xi’An and Banu diplomats. He acknowledged that the repair of relationships would take time, delicacy and — most importantly — trust, but also knew that his words and promises, or even those of the Imperator, would not be enough to mend the damage done. Only a bold act of diplomacy and peace could convince the entire universe that Humanity had truly changed its ways.

It was with that grand goal in mind that Secretary Leon conceived of the Ark.

Secretary Marshall Leon named his project the Ark, after an ancient story about a seafaring ship that saved both Humans and the animals of Earth from a massive flood. As Secretary Leon remarked during his initial speech before the Senate, in early 2794, “Much like its namesake, this Ark will be a manifestation of one of Humanity’s greatest strengths — empathy. A trait that has sadly not been seen from our government in far too long.”

A bill was put forth that requested funds to construct an orbital platform with the dream that it would not be bound to any one location, species or government. It would travel between the systems of all species to promote and share universal knowledge while also providing a neutral, safe space for diplomatic discussions. Secretary Leon was convinced the future of the UEE depended on two things: access to information and stable relationships with other species. As Secretary Leon often said during debates over funding the Ark, “Humanity is better off with friends instead of enemies.”

The combination of Secretary Leon’s stirring arguments, the endorsement of Imperator Toi, and the desire to distance the UEE from its recent past led to the Senate’s overwhelming approval of the Ark. Construction was slated to start in late 2794 once a suitable location was chosen. A myriad of Senators, interested in the accompanying economic bump, campaigned to have it built in their system, but Secretary Leon wanted to keep the Ark apolitical. So, in a surprise move, he chose to have it built in Tayac; a system with no native population or representation in the Senate. A system long deemed off-limits to the public during the Messer era.

A system, like the UEE, looking to redefine itself.

Construction on the Ark started in 2795 and progressed more slowly than anticipated. The plan was to cannibalize an abandoned platform above Tayac that the military had used for the recently declassified Project Vespa, a secret attempt by the Messer regime to weaponize the terraforming process. Secretary Leon hoped it would signify that the UEE was dismantling its warmongering ways in favor of peace. Disassembling the weaponized components proved to be more expensive and time-sensitive than expected, incurring major delays for the project.

As the initial budget ballooned, Senators who had previously supported the project started to question it. Mainly, they questioned the section of the bill that created a foundation, independent of any government, to oversee the Ark’s operation. Senators suddenly wondered why the UEE was paying for a project over which they would not have jurisdiction, and even briefly blocked funding as a way to regain control over the Ark. It was only after Imperator Toi brought her political might to bear that the project got back online.

While construction progressed over the following years, Secretary Leon frequently visited with Banu and Xi’An representatives to discuss the Ark. He passionately argued that its future belonged to all of them. It was during these discussions that Secretary Leon learned his vision was not being embraced by others species as he hoped. Although enthusiastic participants, the Banu had little to no historical records to share. Meanwhile, the Xi’An had serious concerns that the platform might still be weaponized and outright refused to allow the Ark into their territory.

Disappointed but not deterred, Leon decided to lead by example, so he pushed for as much Human knowledge as possible to be made available at the Ark. Human companies were encouraged and incentivized to contribute any information that would not hurt business. Meanwhile, the government released a trove of information. While classified government documents, military files and personal correspondences were considered off-limits, almost everything else was considered for admission. Critics complained that enemies could use this information against us. To which Secretary Leon responded, “If anything, it will be our actions, not our openness, that cause the next conflict.”

In 2800, Secretary Leon won a contentious election to become the next Imperator. Encouraged to run and endorsed by Erin Toi, Secretary Leon highlighted his work on the Ark during his campaign, claiming it proved he was a consensus builder who could also repair Humanity’s relationship with other species.

Shortly after his inauguration, construction on the Ark was completed. Imperator Leon invited representatives from the Xi’An, Banu, Tevarin and even the Vanduul to attend the gala celebration. During his introductory speech, Imperator Leon appealed for everyone to help the Ark succeed in spreading peace and knowledge. “I am proud to open these doors and beg all of you to fill it with the vast and colorful history that each and every species has to offer. Let this Ark stand as a testament and proud record of the lives that we and those before us have all lived.”

Today, the Ark still orbits in the Tayac System. Months after opening its doors, the foundation running it realized the cost of hauling it from system to system exceeded the expected revenue from donors and fundraising. Though Tayac I provides the perfect neutral ground to permanently station the platform, a lack of other interesting objects in the system does not help its visitation numbers.

While the Ark has failed to become the bastion of interspecies diplomacy that was originally intended, Imperator Leon would still be proud of its current operations. It is the authoritative repository of information in the known universe.

To this day, it collects and analyzes an awesome amount of information sent from explorers, researchers, scientists and everyday people for possible inclusion in the Galactapedia. The Ark also works hand-in-hand with a variety of prominent universities and research institutions to verify information, and even funds projects to help expand on what is already known. Among archivists and researchers, there is no job more coveted than a position curating a portion of the deluge of data submitted to the Ark.

The crown jewel of the Ark’s operations is the Starmap. This essential resource of interstellar navigation is the de facto authority on what can be found in the midst of the great, black expanse. It provides an object’s location, historical context, and data on a variety of useful related topics. Constantly updated thanks to the contributions of hardworking stellar cartographers and explorers, the map reflects the ever-expanding boundary of our universe and our understanding of it.

Even though the Ark may have not yet lived up to all of Imperator Leon’s expectations, it is still an astounding achievement. Its dedication to truth and commitment to collecting knowledge from as many sources as possible provides an important, all-encompassing view of the universe. In many ways the Ark could be considered one of Humanity’s most vital creations: an invaluable institution designed to preserve Humanity’s future by keeping us mindful of its past.