In the past three weeks, we’ve seen the reaction to the MMO demo, the FPS demo and the Arena Commander 0.9.2 patch… and to say we’re thrilled is an understatement. The team is ecstatic that their efforts are being appreciated, and I think I speak for everyone on the team when we say it really feels like Star Citizen is starting to go from a series of modules to a single, coherent vision. 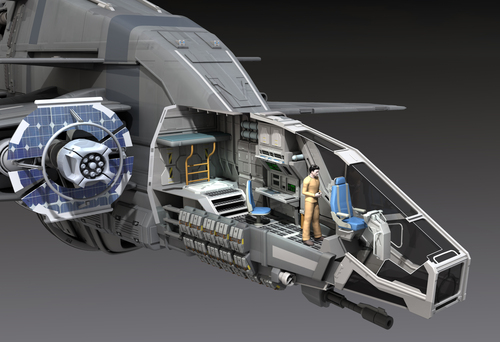 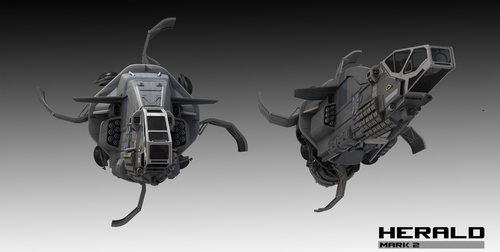 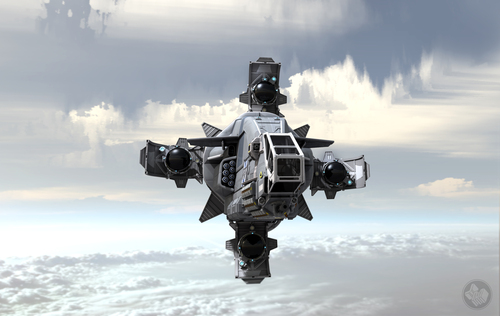 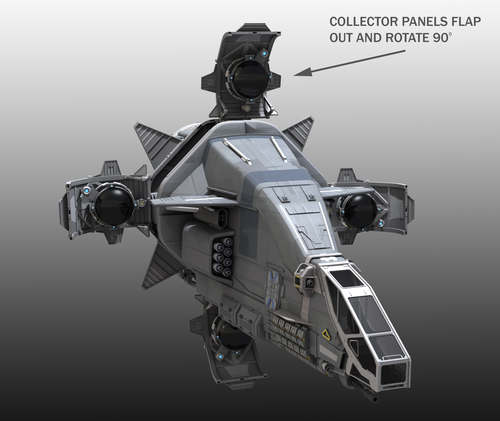 Over the weekend, following the FPS reveal, we hit $60 million in crowd funding. That’s an incredible number, and I’m very happy to report that we have everything from old backers picking up Heralds and Redeemers to new backers impressed with our early presentation of first person shooter mechanics joining up to make Star Citizen happen!

Before we move on to stretch goals, I’d like to share some additional images of the Drake Herald that have just came in from our concept artist, Jim Martin. The first shows the internals, modeled out as a 3D concept. The others show a different configuration for the data transmitters that I think better gets across its capabilities. Let me know which you prefer in the comments. A strange looking ship in any event, the Herald is going to introduce some very interesting data-running gameplay elements to Star Citizen’s persistent universe.

At $60 million, you unlocked the previously-voted deep space fighter:

I know that there has been some drama about the winner of the last ship poll, with the results shifting just after the stretch goal was reached. I saw an excellent suggestion on the forums, which was to allow both ships as stretch goals and then to bring back all of the ‘eliminated’ options for one final poll for a veritable wave four ship Ragnarok. We’re going to work an extra ship into the long-term schedule and do just that. (And for the record, in the future: we record the winner as the selection that had the most vote when we reach the stretch goal… in this case, it would be the boarding craft.) At $61 million, you’ll unlock the boarding ship…

And at $62 million, the passenger liner!

You’ll notice that both of these ships are from “new” manufacturers; that’s because the Star Citizen universe is expanding! My feeling was that specialized ships, like Star Citizen’s equivalent of an airliner, should have some additional backstory to make sense in our world. So, enjoy two new ships AND two niche companies to build them.

Next: As I promised above, we’ve returned all of the eliminated options for the final poll, and you can cast your vote below. There’s more than one here that I’d like to see… it’s going to be a contest!

As always, thank you for your support. You are what’s making Star Citizen happen. I know it seems like we’ve shown a lot in the past few weeks, but I can promise you right here that there’s more to come! We won’t end 2014 without a few more surprises.

Question : What role would you like to see for our fourth wave of ships?