Letter from the Chairman: $46 Million

Letter from the Chairman: $46 Million

In my last letter, just a few days ago, I wrote that the Freelancer seems to be a hit. Let’s modify that: at $46 million, we have solid proof that our “interstellar pickup truck” is a superstar! Thank you for your support. It’s especially gratifying to see that backers are interested in roles beyond traditional space combat; the success of the trading and exploration-oriented Freelancer is a good reminder that Arena Commander is just our first step into building a living universe!

The $46 million stretch goal is one of the player-voted in-game rewards. Here are the details: 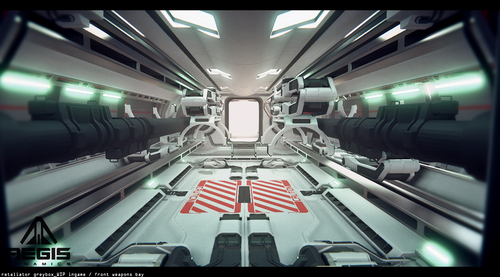 The winner of the last letter’s commercial poll is the Retaliator! (It was neck and neck with the Avenger until pulling away at the last minute.) As a result, it will be the next commercial we put into production following the Constellation and Cutlass. Our writers are already busy imagining how to put together a cool and different commercial for the bomber!

In honor of the poll, I’d like to share a couple of images of the Retaliator. You’re looking at an in-engine shot of an early model and a view of the internal weapons bay. These images are actually a few weeks old; I’ve asked the team in the UK to put together a small Retaliator gallery to show you the current status. That will be available tomorrow.

This brings me to the topic of stretch goals. When we started the Star Citizen campaign, the purpose of the stretch goals was to make things we had imagined but didn’t think we could afford possible: adding capital ship systems, studying procedural generation, hiring additional artists to build more ships at once and the like. The additional funding continues to expand the scope of the game and make what we’re doing possible… but it’s becoming more and more difficult to quantify that with more stretch goals (and to explain that to the rest of the world, which likes to focus only on how much money we’ve made.)

My preference would be to use these letters going forward to update you on what we’re already doing with the money; sharing additional parts of Star Citizen’s development. We would also continue to award flare and other extras to our backers as we hit milestones, whether they’re funding or schedule-related. If we discover additional technologies or come up with new elements to the game’s design we want to incorporate, we’ll let you know about those as they happen. But this is a decision for the community: let me know what you think in the poll below.

Should we continue to offer stretch goals?