Letter from the Chairman: $44 Million

Letter from the Chairman: $44 Million

$44 million! I think I can safely say that this will be the last letter I write before Arena Commander launches, and I can’t wait to share the first taste of what you’ve been helping us build. Getting to dogfight in deep space is going to make Star Citizen real for a lot of people… but I also know that everyone who has supported us to this point already understands. Thank you for getting us here! 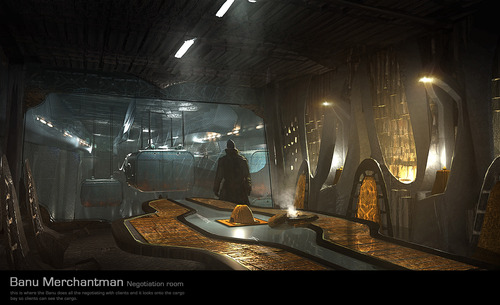 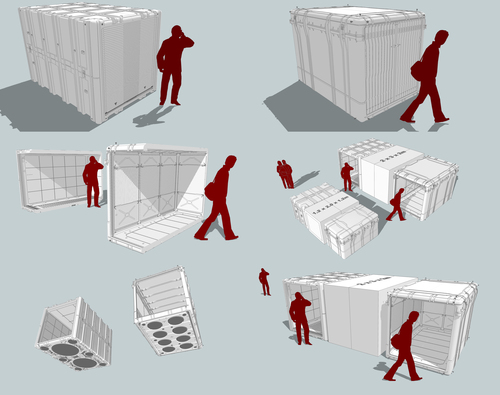 The final week push to get Arena Commander V.8 out the door has begun here, so I’ll keep this letter short… but I would like to share a piece of concept art. You’re looking at what we call the “negotiation room” in the Banu Merchantman freighter. It’s a place where traders can invite others into their ships, display their cargo (the bay is visible) and make deals!

As we look to the next stages of Star Citizen beyond dogfighting, we’re putting more and more thought into how systems like cargo and trading will take shape. We’re building a system that makes sense, measuring ship interiors, building a standardized cargo container measurement system (see diagram) and determining exactly how cargo will be loaded, unloaded and interacted with in port (and during flight!) As the most recent set of changes to our preliminary ship stats reflect, transporting cargo is going to be more complex than just finding the ship with the highest storage capacity… it’s going to involve finding the right ship type for the job.

Everyone who pledged for Star Citizen before this point will be getting an additional room added to their hangars, once the modular room system launches:

And the results of the penultimate player reward stretch goal are in! Backers who pledge before $46 million will get an updated scanning software suite from Chimera Communications. Here are the details:

Again, thank you for your continued support. That support means a bigger, better game… the first part of which you’re going to play very soon. Remember to vote in the poll below, which will determine the final player reward stretch goal!