Letter from the Chairman: $27 Million!

Letter from the Chairman: $27 Million

First the Xi’an and now the Banu – Star Citizen’s backers are making it possible to greatly expand the user experience! Here’s the stretch goal you unlocked at $27 million:

We’re eager to get to work building out the Banu spaceflight systems… watch this space to learn how we’re going to make it a distinct experience from flying a human-designed ship. And since we hit this goal before November 26th, the Banu merchantman will be one of the ships available during the sale (you heard it here first!) 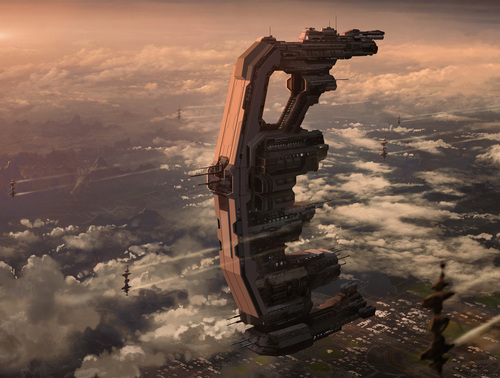 Now that we’ve reached $27 million, the Banu merchant ship will be sent to top concept artists for further development. In the meantime, I’d like to share with you some of the art that has resulted from the previous Xi’An stretch goal: the first concept painting of a Xi’An capital ship!

We’re going to devote the $29 million stretch goal to more resources for the single player game, Squadron 42. With Erin Roberts and the other veterans at Foundry 42 hard at work on the game, you can trust that it’s going to be great. Now we’d like to give them some extra resources to work with!

Big publishers haven’t been willing to invest this kind of money to improve PC games in a long time… we’re going to prove it’s worth it. That wouldn’t be possible without your support; thank you to all backers for helping make this game possible.